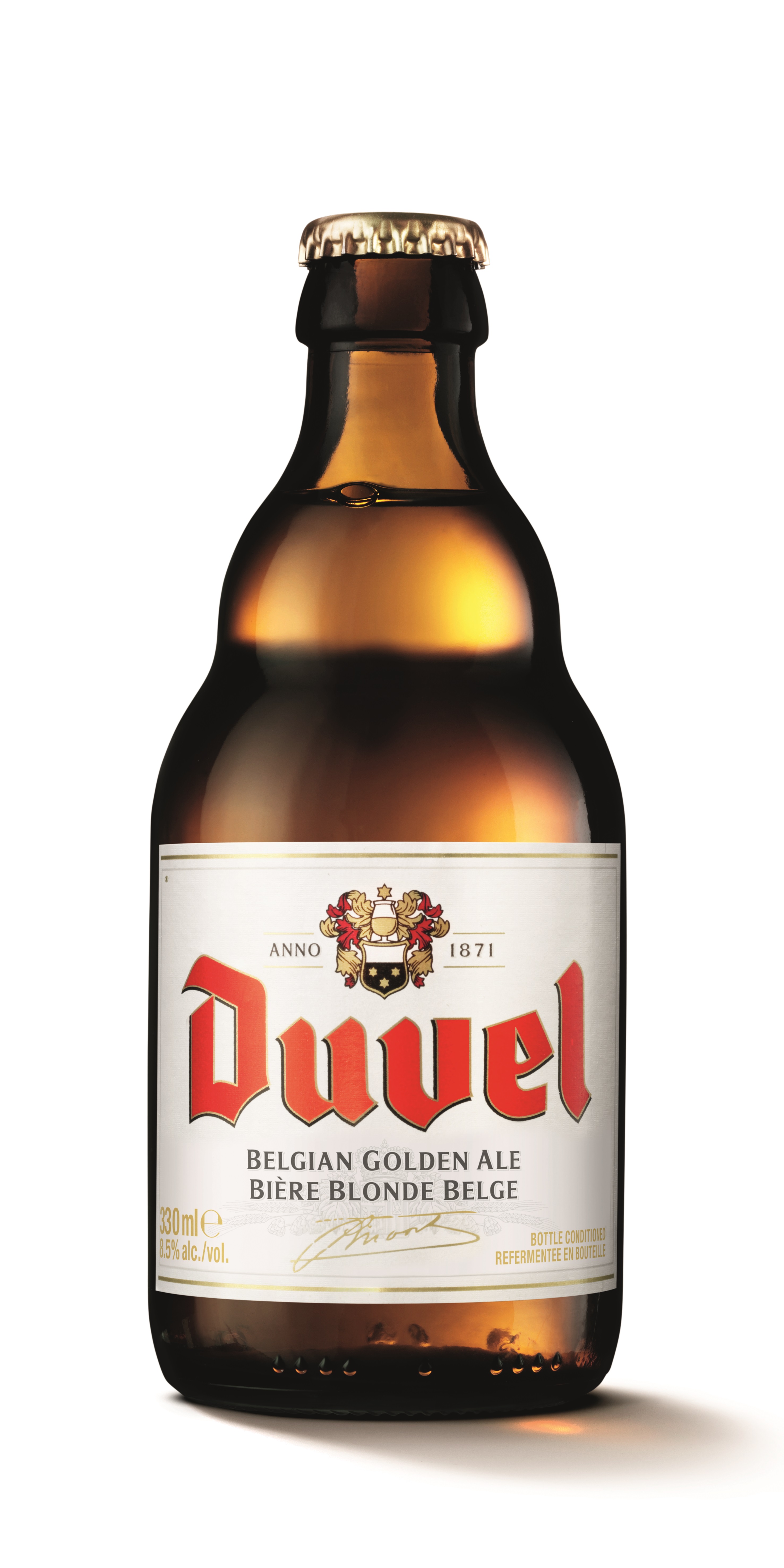 Duvel is a natural beer with a subtle bitterness, a refined flavour and a distinctive hop character. The unique brewing process, which takes about 90 days, guarantees a pure character, delicate effervescence and a pleasant sweet taste of alcohol.

Apart from pure spring water, which is the main ingredient of beer, barley is the most important raw material. Barley must germinate for five days in the malt house, after which malt remains. The colour of the malt and as a consequence also of the beer is determined by the temperature. Duvel obtains its typical bitterness by adding various varieties of aromatic Slovenian and Czech hops. We use only exclusive hops that are renowned for their constant, outstanding quality.

Duvel ferments for the first time in tanks at 20 to 26°C. The brewer uses his own culture for this. The original yeast strain, which Victor Moortgat himself selected in the 1920’s, originates from Scotland. After maturing in storage tanks in which the beer is cooled down to -2°C, the drink is ready for bottling. Thanks to the addition of extra sugars and yeast, the beer ferments again in the bottle. This occurs in warm cellars (24°C) and takes two weeks. Then the beer is moved to cold cellars, where it continues to mature and stabilise for a further six weeks. This extra long maturation period is unique and contributes to the refined flavour and pure taste of Duvel.

A team of beer specialists checks the process daily by means of taste analyses. It is only after 90 days, when it has achieved its rich range of flavours, that Duvel may leave the brewery.

Thanks to its surprisingly high alcohol content (8.5 %), enormous head, fine effervescence and silky smooth feel in the mouth, Duvel stands out clearly from other Belgian beers.

TO ENJOY DUVEL AT ITS VERY BEST, YOU SHOULD ALWAYS TREAT THE BEER WITH RESPECT AND USE THE TRADITIONAL POURING METHOD. 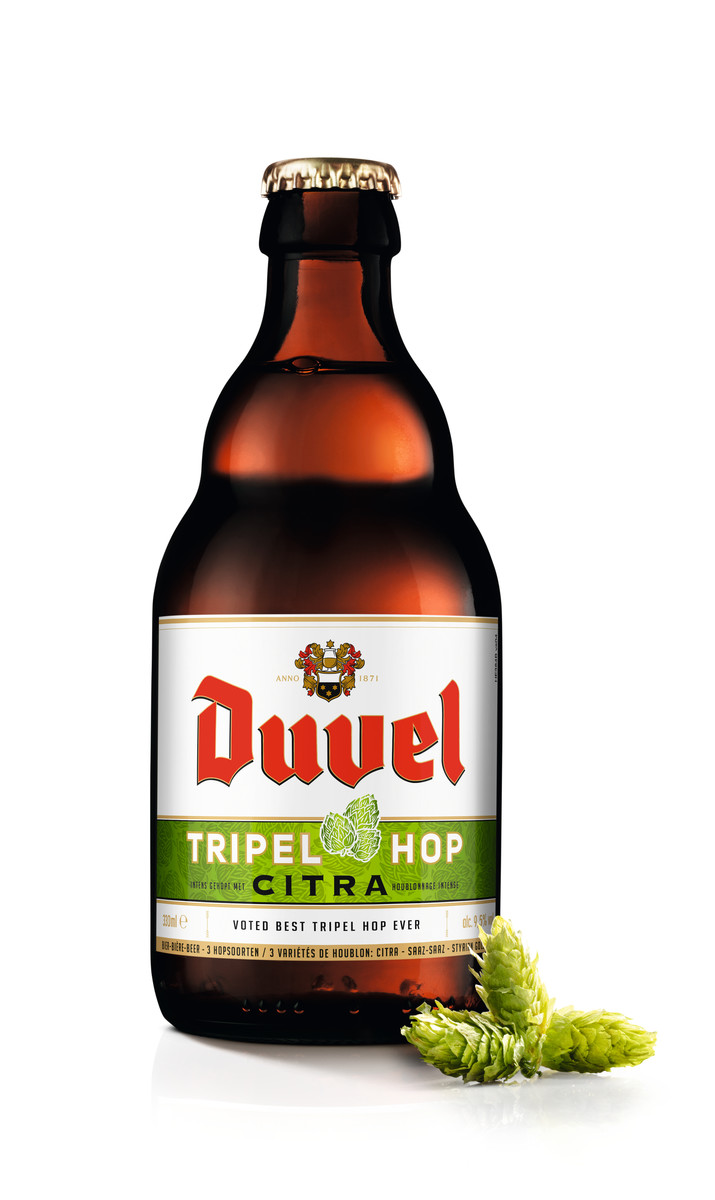 Ever since 2007 the brewers at Duvel have been busy innovating with a third hop variety to give Duvel a surprising twist and some extra bitterness. Each spring this results in the launch of a unique Tripel Hop, which complements the rest of the Duvel range.

Six Tripel Hops later, in 2016, Duvel went in search of the ultimate Duvel Tripel Hop. More than 5,000 fans tasted and voted, and Citra was clearly the favorite. The Duvel Tripel Hop with citra not only won a gold medal at the Brussels Beer Challenge, it was also awarded the consumer trophy at the Zythos Beer Festival.

Our brewers do not simply add a third hop variety when creating the Tripel Hop, we also apply a special process of dry-hopping. In this case, besides adding the usual hops during the cooking process, extra hop cones are added at a later stage in the brewery process (during the lagering process). This intensifies and refines the hop aromas in the finished beer. The aromatic third hop is grown in the Yakima Valley in Washington and enriches the flavor palate with fresh hints of grapefruit and tropical fruit.