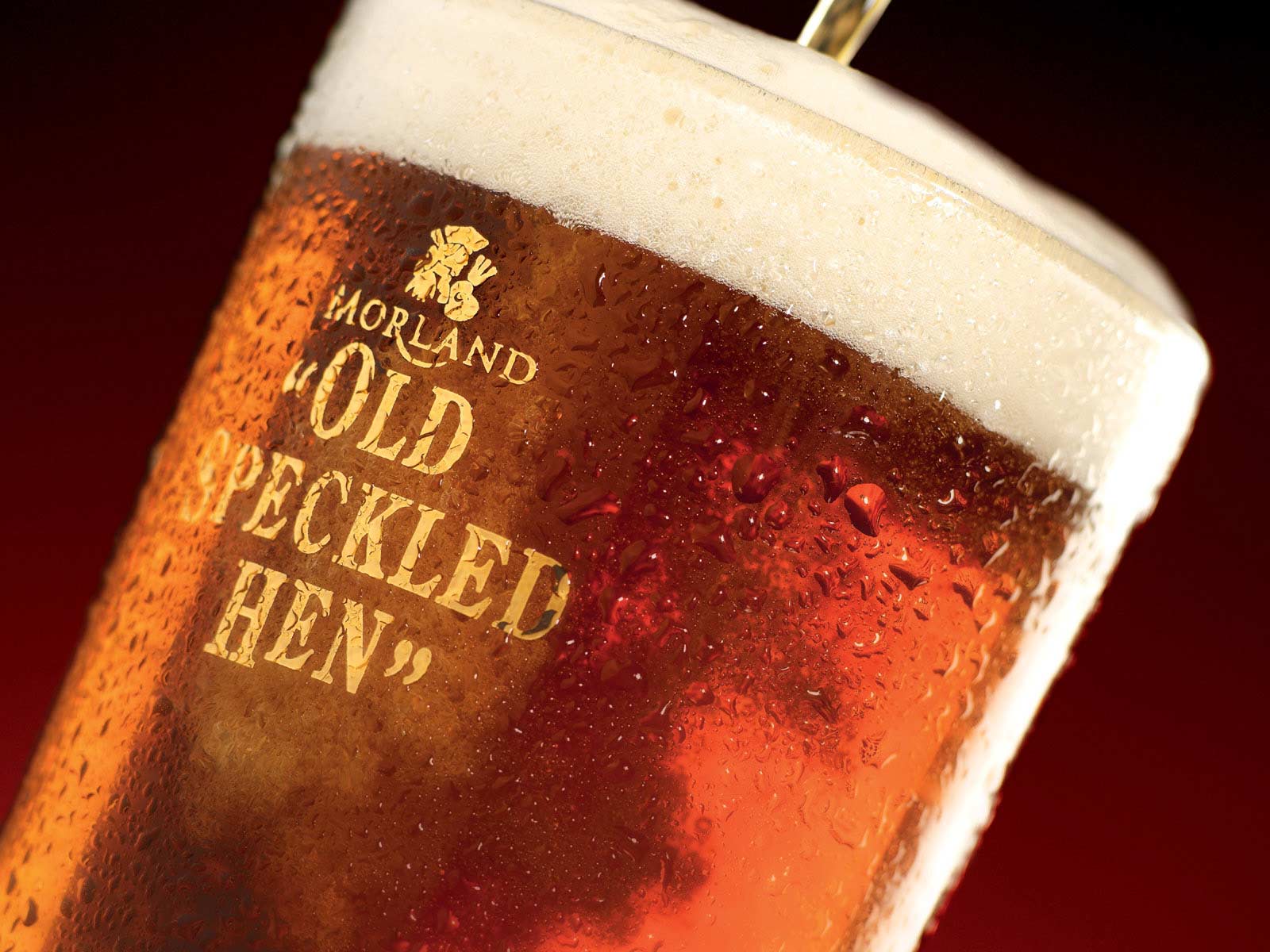 ‘Old Speckled Hen’ was first brewed to celebrate the 50th anniversary of the MG car factory. Named after an old MG car which was used as the factory run around, the chaps in the factory would park the old MG Featherweight Fabric Saloon outside the paint shop where it would normally get spattered in paint and so it became known as the ‘Owld Speckl’d Un’. This became ‘Old Speckled Hen’ when the beer was unveiled. Since then the finely balanced beer with a distinctive rich, malty taste and fruity aroma has attracted many fans.

Old Speckled Hen’ has a full, smooth flavour and is very easy to drink. Its rich amber colour and superb fruity aromas are complemented by a delicious blend of malty tastes. Toffee and malt combine with bitterness on the back of the tongue to give a balanced sweetness. This, all followed by a refreshingly dry finish.

Old Speckled Hen is available on draught in 50L kegs.